I am now on my second day on the Empire Builder, and this afternoon will disembark in Chicago for a welcome overnight hotel stay and a shower whose floor does not heave under me. I will have ridden the entire line, start to finish, from Seattle to Chicago. 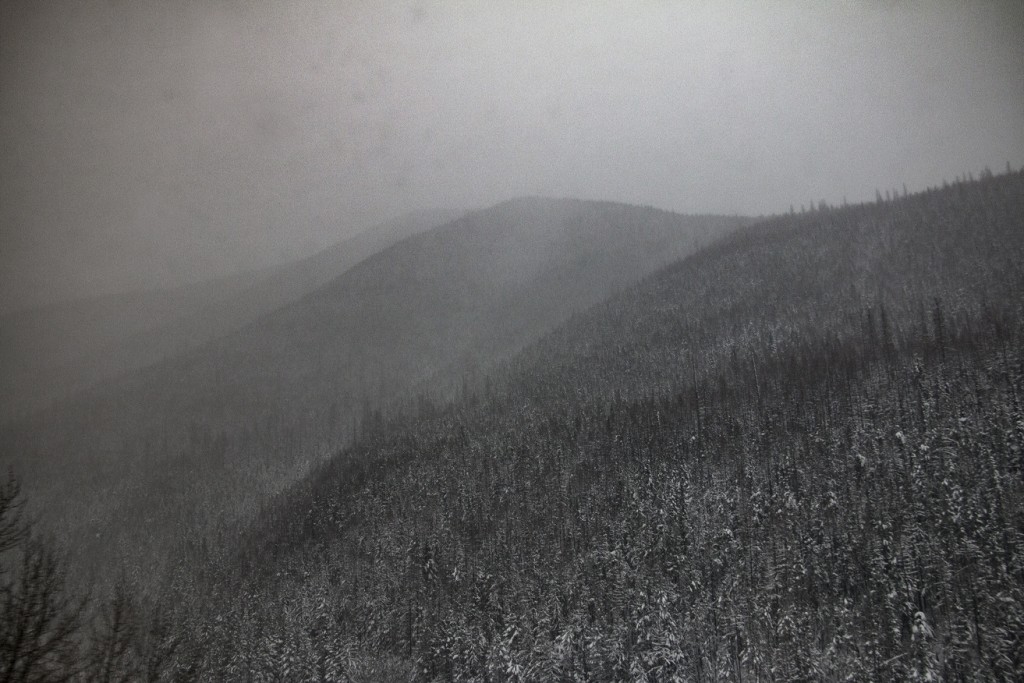 This morning, all the Montana cowboys and oil men (everyone of whom seemed to have a hint of Jake Gyllenhall about him) had disappeared. They were lean, quiet men, though even at my age, I’m pretty enough (or they’re desperate enough) to get them talking. They’ve been replaced by families of Scandinavians in Norwegian sweaters. I have never seen so many fair-haired people in one place. There are more women on the train as well. For awhile it felt like I was the only one. 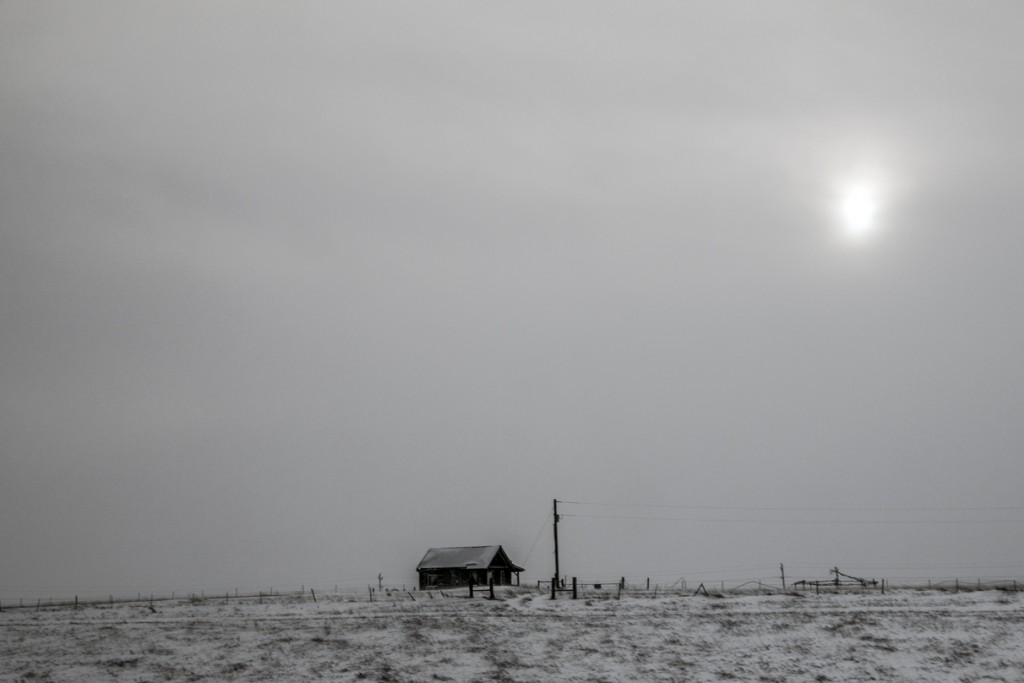 In summer, the Empire Builder would travel during the long, long days, taking you through the Rockies and Glacier Park in daylight. In winter, it’s dark, and the sun comes up late. What you see is beautiful but very bleak. A rancher (Jason) explained to me over a glass of wine they only get one crop of wheat, so it’s cut so there’s plenty for the cattle to graze on over the winter. They don’t want to waste a grain. And indeed many of the stubbled fields were full of black angus.

I didn’t sleep well the first night. The bed is narrow, and the train lurches like a drunken sailor as it picks up speed through the empty places. It feels rather like trying to sleep while you’re falling a very great distance. Last night, I was tired enough I slept late, through the sunrise and through Minneapolis which surprised me for surely that generated a great deal of noise.

When I pulled the curtains, we had left the clouds and snow of Montana and North Dakota behind. Minnesota is blue skies with thin wispy clouds, lakes crinkled with ice, and the brown Mississippi runs alongside the train. The earth is sere, and the trees barren. There may once have been evergreens here. Not any more.

At breakfast, I sat with a Minnesotan family. Mom (Ingrid) was a comfortable matron in a black and white Norwegian sweater, her blond hair mostly hidden by a red hunter’s cap. Beside her sat their blond daughter (Jennie) who played Hangman all through breakfast. I sat next to her husband (George), a robust man with thinning silver-blond hair and pink cheeks. His Nordic sweater was grey and black with hints of red, and altogether manly. 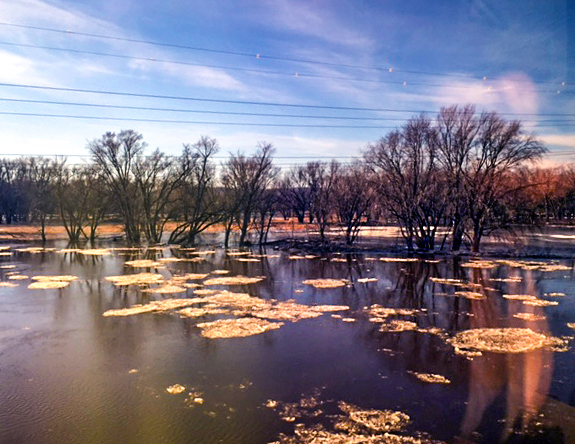 Ingrid told me they’d spotted two bald eagles this morning, and that you can see fossils in the bluffs we were passing. She added that the green stones were green because of ancient lichen poop. She said this with a sideways glance at her square-faced husband. He didn’t seem to notice her indiscretion, keeping his pale, pale eyes fixed on some distant horizon none of the rest of us saw. Ingrid chatted away through the meal, with occasional interjections of “Oh mom” from her daughter. George never said a word, not even when she asked him a direct question. I gathered this was usual, since she continued her talking whether he answered or no.

And now the sky is blueing. The sun has a yellow winter light, and is turning the brown grass to gold where it pokes through the little bit of snow. We are traveling through what I would have called mountains in my younger years, but now know are rolling hills, blanketed with deciduous trees that long ago lost their leaves.

The Empire Builder is the busiest of Amtrak’s long distance trains. In summer, there are park rangers on board who narrate the section through the Rockies and Glacier Park. It’s a life line for Montana and North Dakota. Two brothers I talked with (Dan and Kerry) take the train between Havre, MT and Fargo, ND often to see their brother, who has a ranch outside of Fargo. I was told it’s too expensive to fly, “Costs as much to fly in North Dakota as it would to fly across the country,” said Kerry.

Dan is a railroad guy, Kerry is in IT, and swears that any second now Montana will see a computer boom just like Silicon Valley. They were heading to Fargo where their nameless brother would pick them up, then from there to see a Bears game, and maybe get in a fight with a Viking fan, though Dan admitted his wife told him she’d be pissed if he did. “Over the line, she said that’d be.” He said it with some satisfaction.

Tomorrow afternoon, I’ll take the Southwest Chief down to Kansas.